The Nones Have It

The arrival of the “post-Christian” Western world is ahead of schedule. Great Britain just passed the point where those with “no religious preference” actually outnumber those who profess to be Christians.

With Europe leading the way, can North America be far behind?

You know what makes this even more shocking? The results come from a survey where all the people claiming to be disciples of Jesus needed to do, was simply check a box. One wonders how many among that 48% would still claim to be Christians if they lived in Iraq.

Ponder for a moment the sobering title of an article in London’s The Spectator.

“Britain Really is Ceasing to be a Christian Country.”

The secularization of the United Kingdom was a matter of great concern to C.S. Lewis. And this erosion was well underway during his lifetime.

The truth is that although Lewis excelled as a Christian apologist (defender of the faith), it was not a role he coveted. He much preferred to write speculative fiction, literary criticism and devotional works.

Yet, because the need to reach people with the simple truth of the Gospel had grown so dire, Lewis felt forced to offer a persuasive rationale for belief. Consider the following description of his self-understanding. These words were written in response to a public attack of his work by a theologian. The final sentence bears directly on the subject of this column.

When I began, Christianity came before the great mass of my unbelieving fellow-countrymen either in the highly emotional form offered by revivalists or in the unintelligible language of highly cultured clergymen.

Most men were reached by neither. My task was therefore simply that of a translator—one turning Christian doctrine, or what he believed to be such, into the vernacular, into language that unscholarly people would attend to and could understand. For this purpose a style more guarded, more nuance, finelier shaded, more rich in fruitful ambiguities . . . would have been worse than useless. It would not only have failed to enlighten the common reader’s understanding; it would have aroused his suspicion. He would have thought, poor soul, that I was facing both ways, sitting on the fence, offering at one moment what I withdrew the next, and generally trying to trick him.

I may have made theological errors. My manner may have been defective. Others may do better hereafter. I am ready, if I am young enough, to learn. Dr. Pittenger would be a more helpful critic if he advised a cure as well as asserting many diseases. How does he himself do such work? What methods, and with what success, does he employ when he is trying to convert the great mass of storekeepers, lawyers, realtors, morticians, policemen and artisans who surround him in his own city? One thing at least is sure.

If the real theologians had tackled this laborious work of translation about a hundred years ago, when they began to lose touch with the people (for whom Christ died), there would have been no place for me. (“Rejoinder to Dr. Pittenger”)

It is the duty of each generation of Christians to share the faith with their neighbors. Likewise, it is the responsibility of each new generation of clergy to teach faithfully . . . and to live a God-pleasing life.

Whenever we fail to tackle the “laborious work of translation,” God is able to raise up another to do it. Still, men and women of the caliber of C.S. Lewis are few and far between.

May God have mercy on Britain, America, and all of those lands where we have taken for granted the heritage of faith bequeathed to us.

If this subject interests you in the least, take a moment to read “Having Pity on Pittenger.” Anglican priest Dwight Longenecker describes a chance encounter with Dr. Pittenger decades after Lewis’ death.

I was alerted to this news account by Gene Veith’s fine blog, Cranach. The good doctor does an outstanding job of bringing newsworthy stories to the attention of those interested in Church and State relations. 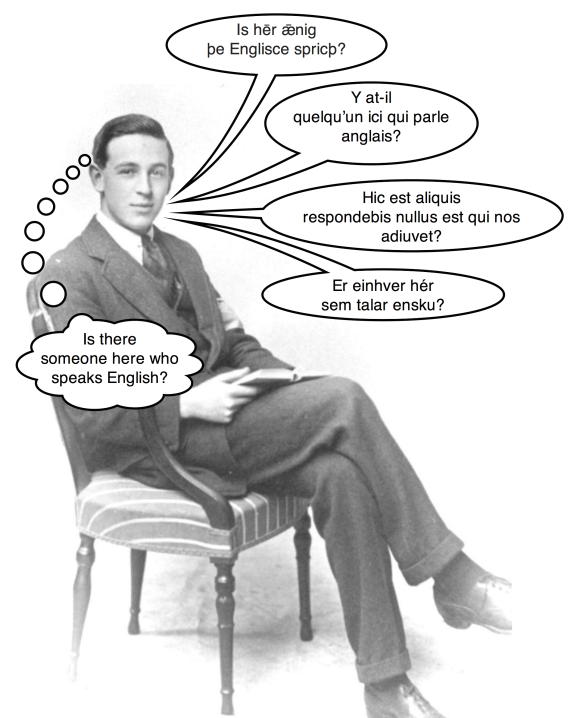 How many extremely intelligent and well educated people do you know . . . who can actually communicate with those of us possessing normal human intelligence?

That talent is a rarity.

And it is precisely what makes C.S. Lewis such an unusual man. He was brilliant. Yet he could communicate with the common person—even the child—just as easily as he conversed with his fellow university dons.

Lewis, of course, could comprehend a number of languages, so he was more than merely “bilingual.” But that is not exactly the sense in which I am using the word today. I mean it in the sense of my opening paragraphs. It is the ability to communicate (even with the same “language”) to distinctly different groups who would normally not be able to readily understand one another.

In an interview that appeared in Christianity Today, Detroit pastor Christopher Brooks was asked about the challenges of urban ministry.

How have you included both righteousness and justice in your setting?

One of the titles for ancient Roman priests that was adopted by their Christian successors is “pontifex.” It means “bridge-maker.” The Pontifex Maximus was, of course, referred to the greatest of these offices.

In light of Brooks’ words about Lewis as building bridges between elite academia and Christianity, I have added that dimension to my view of him. C.S. Lewis, Pontifex Maximus. (I doubt it would make him happy, so I’ll keep it under wraps . . . and probably never mention it again.) But I am genuinely happy about his skill in building these bridges of understanding.

That joke would not be as funny if it were not so sadly true. While the rest of the world almost assumes that people know at least two languages, most Americans stumble their way through the study of a second language for two or three years and never develop a comfort level with it. But that’s a story for another day.