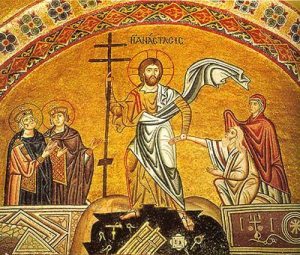 Many years ago, while attending seminary, I was invited to preach at a Pentecostal congregation in my home town. One of the conversations I had that day taught me more about the importance of sound biblical preaching than every homiletics course I ever took (combined).

Lutherans, I must admit, are not big advocates of “end times” concerns. The reasons for this are far too complicated to address in a brief column now. Ironically, however, although we confess our confidence that Jesus “will come again to judge the living and the dead” every week, we seldom talk about the details of that arrival.

At the aforementioned service, I did preach on the second coming of the Messiah. And, to distill it down to a single message, I suggested that the Scriptures teach us to live in a sort of tension. We should live with a conscious awareness and urgency that the parousia could happen at any moment . . . and, prepare for the future as though the return of Christ (and subsequent new creation) will not take place for another thousand years.

Shortly after the service ended, a woman approached me and shared how she “wished she could have heard that sermon thirty years earlier.” She related how different her life would have been.

She said in her youth she had longed to attend college, but she never did . . . because she knew Jesus would return before she graduated.

When she and her husband bought a home, she wished the property had some fruit trees, but she never planted any . . . because she knew Jesus would return before they bore fruit.

Saddest of all, she told me that when her children were born, she never raised them to become mature adults . . . because she knew Jesus would return before they grew into the men and women they became.

Nearly forty years later I am more convinced than ever that living with the “tension” I described is the proper course of disciples of Jesus.

So, how does this work out in reality?

While a few of us know people who become so preoccupied with the end of the world that their lives go askew, it’s the other error to which most of us are prone. We tend to think that the return of Christ bears little or no connection to the age in which we live.

We are so preoccupied with our present responsibilities and dreams that we invest precious little time in contemplating how these things will matter in the scope of eternity.

I highly recommend to you a recent article on this subject that will remedy this dilemma. Andrée Seu Peterson, a gifted writer I have commended before at Mere Inkling, reminds us all of the fact that Jesus’ second coming may be just around the corner. Andrée writes:

Who would have thought that after centuries of modernity, beheading would once again be a means of persecuting the people of God? Does it not send a chill up our spine to read all about it in Revelation 20:4 even as we hear about it on CNN? “Then I saw thrones, and seated on them were those to whom the authority to judge was committed. Also I saw the souls of those who had been beheaded for the testimony of Jesus.”

C.S. Lewis famously described two errors people fall into when considering the occult. Either we get caught up in unhealthy expressions of the supernatural, or we dismiss the reality of demons and their destructive agenda altogether.

I believe humanity’s impulsive nature makes us vulnerable to the same extremes when it comes to the final days of the world we call home.

I strongly encourage you to read Peterson’s article here, as a timely reminder that you were created for far more wonderful and amazing things than we can ever know in this life. Even the best this world offers is but a hint and a foretaste of what awaits those who trust in God.