What would you give to be able to write like the creator of Narnia? It’s unlikely his brilliance will be replicated in the near future, but there is one peculiar sense in which writing “like” Lewis may be feasible.

The digital creation of the fonts we see on our computer monitors—and print to physical copies—is far simpler than the manual process used by Gutenberg. In fact, with just a few clicks, you can be reproducing text nearly identical to the documents printed by Johann five centuries ago.

I have previously confessed I am addicted to fonts. I consider myself a connoisseur, since I am not drawn to every font I encounter. Still, my tastes are quite eclectic, and I cannot deny that I am a fontaholic.

I have written in the past about the frequently overlooked importance of the fonts we choose. This link will show you some posts I’ve written about why common fonts such as Arial and Helvetica are less reliable than other options, the wisdom of avoiding ALL CAPS, a font designed for dyslexics, free monastic scribal fonts, and more.

You probably see where I’m going. When I said that we might be able “to write” like C.S. Lewis, I was alluding to using a font based upon his unique handwriting. In one sense, it would look like the genuine writing of the master. The literary merit of the words would clearly be another matter.

Creating a font based on Lewis’ handwriting is a feasible project, as the following examples illustrate.

A moment ago I mentioned Johann Gutenberg. One of the first writers to take full advantage of his innovations, was the reformer Martin Luther. Various examples of Luther’s personal penmanship exist, and at this very moment a German craftsman is in the process of reproducing it as a font that could be used by anyone.

I learned about the project in the posts of Gene Veith, a scholar who writes about religious issues, especially those with some Lutheran connection.

The Kickstarter Project promises a copy of the font for a mere 10€ (about $12, U.S.). The typographer has already reproduced the handwriting of Albert Einstein and Sigmund Freud.

Whether or not you are interested in the handwriting of Luther, Freud or Einstein, is not my concern here.

I am hoping that somewhere out there, there is a skilled typographer who would be interested in digitizing the handwriting of C.S. Lewis. It’s a project that would not make them rich, but I know I would not be alone in appreciating their effort. Since he eschewed the typewriter, there are numerous examples of Lewis’ handwriting in existence.

This chart from the Wade Center illustrates various changes in his script through the years. During the last two decades of his life, Lewis often apologized for his writing, writing in 1955, “I’m sorry my handwriting is so hard: it was very nice until about 10 years ago, but now I have rheumatism in my wrist.”

Fonts of the Famous

Interest in handwriting is not limited to the script of historical figures. Artists and literary stars (some “historical” in their own right) have been the subject of similar efforts.

The creator of a René Descartes font cites a typical challenge.

In 1634, from Amsterdam, he wrote a famous letter to his friend Mersenne, a great scientist monk, in which he spoke about [Galileo’s] works. The greatest part of our glyphs is based on this document. We have added some letters Descartes himself didn’t use, like modern s and j (he used exclusively s long and i instead of j).

There is one particular font producer, P22 Type Foundry, that “specializes” in recreating the handwriting of artists. (I find Michelangelo and Da Vinci more inspirational than Vincent van Gogh.) The font designer even recreated Da Vinci’s “mirror writing.”

This set faithfully captures Leonardo’s remarkable imagination and includes an exclusive Da Vinci Backwards font (reflecting the artist’s own unique style of handwriting). The 72 extras included are drawn from Leonardo’s sketchbooks and journals.

A number of the P22 fonts have been produced in partnership with various museums and institutions. (Perhaps someone connected with the Marion E. Wade Center would like to run this past them?)

Returning to the Handwriting of C.S. Lewis

If people can be sufficiently inspired to create a script for Grigori Rasputin, how is it we are still awaiting a C.S. Lewis font?

Despite his apologies, even in his later years, Lewis’ handwriting is generally quite legible. This despite his comment the final year of his life that, “My mind has not, I trust, decayed so badly as my handwriting.”

In 2008, HarperCollins commissioned a professional graphologist to anonymously analyze this handwriting. The results were quite intriguing.

At first glance this small, neat script appears to trot unprepossessingly across the page. His exceedingly small personal pronoun does indeed suggest that this man is a modest individual; but being modest does not mean ineffectual.

There is evidence of strong personal discipline in this angular, firm script. Here we have a man who is far more likely to harbour a preference for detailed, factual understatement than “in your face” floridity of wording.

It seems to me that he takes himself rather seriously. He requires no outside criticism as he provides more than enough for himself. He is self-critical and self-monitoring. He really cares about getting things right. I don’t think he’s shy—but he chooses to keep himself to himself.

I began to trace the writing and found that it is guarded and careful rather than relaxed and freely written. This is someone who is particularly sensitive and at times somewhat pedantic; not the sort of person to easily catch unawares.

And, Should You Desire to Write Like Jane Austen . . .

If you are curious about the accommodations graphologists must make during these projects, check out the discussion and download a copy of Jane Austen’s handwriting font here. (If you explore the creator’s website you will discover a font based on Giovanni Borgia, eldest illegitimate child of Pope Alexander VI.) 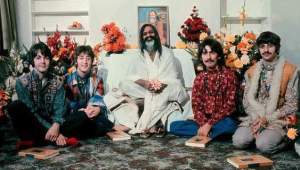 How many of these Christian trivia questions can you answer?

In my last post I shared a number of fascinating facts that I learned reviewing Catéchic, “the Catholic trivia game” by Tyco®. Read on and discover some intriguing information about the history and theology of the largest denomination in the Christian world.

How are the following for odd facts?

Question: What Iowa city has a name which means “of the monks” in French?

Here in Washington State we have city named Des Moines (pronounced with the final “s”) which is named after the Iowa township and not the monks who first helped established it.

What New York museum was built entirely from stones of Christian shrines imported from France by John D. Rockefeller?

Leave it to the Americans to denude a country of their historic shrines to aggrandize a civil monument to a political dynasty.

Now there’s a fact with which many Irishmen would take umbrage. The truth is, of course, that Patrick was Romano-British, enslaved by the Irish, who willingly chose to return to Ireland after his liberation to share the Gospel with his former captors.

The game includes a fair representation of literary questions. Two of them even deal with the esteemed author of The Chronicles of Narnia. Just one for now, with the promise of more literary insights in my next, and final, column about trivia.

Who is the Anglican children’s author that wrote the apologia The Case for Christianity?

I can overlook the inappropriately limiting label “children’s author” since they have had the wisdom to include this reference to the Oxford don.

Students of history, including recent history, will have an advantage in answering the following questions.

Who designed the colorful uniforms of the Swiss Guard at the Vatican?

They still look dandy. Fortunately for the security of the Papal See, they have advanced from relying on pikes to using modern weaponry.

Who was the most famous Bishop of Hippo?
Saint Augustine

Who in the world could name any other Bishop of Hippo?

Besides Richard M. Nixon, what other U.S. president was a Quaker?

Didn’t know that. And, as memorable as Herbert Hoover was, I fear I’ve already forgotten . . .

Who was the Catholic, four-term mayor of Chicago known as “Boss?”

Ugh. Two dishonest politicians in a row! I don’t believe I would want to claim Daley as a Roman Catholic if I was one . . . or Nixon as a Quaker, if I professed that creed.

According to the Beatles song “Let It Be,” who whispers words of wisdom?

This must have been before the Beatles jettisoned any lip service to Christianity, claimed their renown exceeded that of Jesus, and entrusted their spiritual destiny to the philosophy of Maharishi Mahesh Yogi.

Naturally the questions include a variety of details about Roman Catholic faith and practices themselves.

Should Catholics genuflect whenever they enter a Catholic Church?

No, only if the blessed Sacrament is present in the church.

Interesting. I had never thought about it, but it makes sense, since the obeisance is actually being offered to Jesus, present in the consecrated elements.

For what group is the annual Red Mass celebrated?

Observation: What? Whose idea was that, and do Roman Catholics grace all other professions with their own dedicated masses? If so, what color Masses are dedicated to insurance brokers, microbiologists and wig makers?

What was the name of the portable throne once used to carry the pope so that everyone could see him?

Replaced by the bulletproof Popemobile.

When was the last time that a pope proclaimed a Catholic teaching infallible?

A good reminder to countless misguided Protestants who think Roman Catholics believe that most or all of what the popes say is “infallible.” The lesson would be better taught, however, if the cited instance was not for an extra-biblical doctrine with which most Protestants strongly disagree.

What is the day on which Judas received his payment for betraying Jesus sometimes called?

That’s a new one for me, but it sounds like a great title for a new movie about the wayward disciple.

Who was the first Roman Emperor to convert to Christianity?

It is good to see Constantine’s conversion affirmed here, although it is often maligned by critics. (Constantine was a child of his brutal age and after his conversion remained an imperfect sinner, just like the rest of us.) Only in the Eastern (Orthodox) Church is Constantine acclaimed a saint.

I will end with a question that holds a special place in my life, since I have spent the majority of my public ministry as a military chaplain.

What was the name of the Catholic chaplain on the TV show M*A*S*H?

My favorite chaplain. I had the “blessed” experience of interviewing him for an article. I posted on William Christopher here and you can download a copy of the interview here.