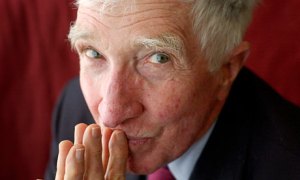 Happy Easter Monday. Even if you do not believe Jesus has risen from the dead, I sincerely hope you are experiencing a special season of hope and peace.

For Christians, however, the bodily resurrection of Jesus is not an optional doctrine.

The Scriptures affirm the truth that, “. . . if Christ has not been raised, then our preaching is in vain and your faith is in vain. . . . if Christ has not been raised, your faith is futile and you are still in your sins. Then those also who have fallen asleep in Christ have perished. If in Christ we have hope in this life only, we are of all people most to be pitied” (1 Corinthians 15:14-19, ESV).

Make no mistake: if he rose at all

It was as His body;

If the cell’s dissolution did not reverse, the molecule reknit,

The Church will fall.

It was not as the flowers,

It was as His flesh; ours.

The same hinged thumbs and toes

That—pierced—died, withered, paused, and then regathered

Let us not mock God with metaphor,

Making of the event a parable, a sign painted in the faded

Let us walk through the door.

The stone is rolled back, not papier-mache,

Not a stone in a story,

Time will eclipse for each of us

The wide light of day.

And if we have an angel at the tomb,

Make it a real angel,

Weighty with Max Planck’s quanta, vivid with hair, opaque in

Spun on a definite loom.

Let us not seek to make it less monstrous,

For our own convenience, our own sense of beauty,

Lest, awakened in one unthinkable hour, we are embarrassed

And crushed by remonstrance.

Poetry and faith were not the only interests shared by Updike and C.S. Lewis. Both men were literary critics, as well as authors in their own right. Updike’s description of his approach to criticism echoes many of the same principles displayed by Lewis.

1. Try to understand what the author wished to do, and do not blame him for not achieving what he did not attempt.

2. Give enough direct quotation—at least one extended passage—of the book’s prose so the review’s reader can form his own impression, can get his own taste.

3. Confirm your description of the book with quotation from the book, if only phrase-long, rather than proceeding by fuzzy précis.

4. Go easy on plot summary, and do not give away the ending.

5. If the book is judged deficient, cite a successful example along the same lines, from the author’s œuvre or elsewhere. Try to understand the failure. Sure it’s his and not yours?**

Updike wrote, “I read C.S. Lewis for comfort and pleasure,” praise that has been included in advertising campaigns. A fuller account of his appreciation for Lewis’ work comes in the following passage, from Conversations with John Updike.

The provableness of God is a subject Updike may have mused upon during the many Sunday mornings he has spent in church. Updike is a lifelong churchgoer. He was raised a Lutheran, became a Congregationalist during his first marriage, and has recently joined the Episcopal church.

“I don’t see anything else around really addressing, for me, one’s basic sense of dread and strangeness other than the Christian church,” he said. “I’ve written maybe all too much about religion here and there. But there have been times when I read a lot of theology. The year I spent in England [after graduation from Harvard] I was very nervous and frightened, standing more or less on the threshold of my adult life and career, if any.

“One of the ways I assuaged my anxiety was to read a lot of G.K. Chesterton and C.S. Lewis, some Kierkegaard, and when I moved to New England, I read a lot of Karl Barth. My intensive theology reading extends from about the age of 22 to, say, 30. I get great pleasure out of reading theology.”

Updike was correct. Contemplating holy matters can certainly be pleasurable. That is true even when we are chewing on complex subjects, difficult to digest. After all, “everyone who lives on milk is unskilled in the word of righteousness, since he is a child. But solid food is for the mature, for those who have their powers of discernment trained by constant practice to distinguish good from evil” Hebrews 5:13-14, ESV).

The resurrection of Jesus may be one of these truths not simple for all to believe. I pray for those who find this a challenge. But, God forbid that any of us should reject the most significant event in human history, “Lest, awakened in one unthinkable hour, we are embarrassed by the miracle, and crushed by remonstrance.”

* For the interesting story of how this poem won first place in a competition at his church, you can read his pastor’s recollections here.

** Updike’s list concludes with these words: “To these concrete five might be added a vaguer sixth, having to do with maintaining a chemical purity in the reaction between product and appraiser. Do not accept for review a book you are predisposed to dislike, or committed by friendship to like. Do not imagine yourself a caretaker of any tradition, an enforcer of any party standards, a warrior in any ideological battle, a corrections officer of any kind. Never, never . . . try to put the author ‘in his place,’ making of him a pawn in a contest with other reviewers. Review the book, not the reputation. Submit to whatever spell, weak or strong, is being cast. Better to praise and share than blame and ban. The communion between reviewer and his public is based upon the presumption of certain possible joys of reading, and all our discriminations should curve toward that end.”