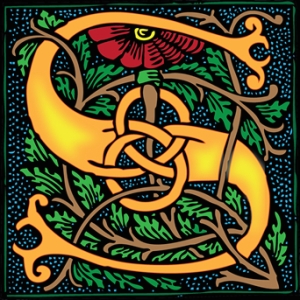 Some writers sweat to find precisely the right word, the one that expresses the unique meaning and tone we seek to convey. We often fail, as the reference to perspiration in my first sentence readily reveals. A recent observation from the executive editor of First Things  provides me with another crippling concern.

“This for those interested in how magazines work. My son Christopher pointed out that the initial capital letters on a two-page spread . . . spelled “a wit.” Which was kind of nice. Accidental, but nice. And then I thought: Suppose some day we accidentally spelled out a rude four-letter word? Now, after the magazine is laid out, one of the junior fellows reads through the magazine to make sure we haven’t accidentally made a word that will embarrass us. It’s a small thing, and probably paranoid, but here paranoia equals prudence.”

Unless each writer maintains constant vigilance, since most of us don’t have “junior fellows” to assign the duty, it’s quite possible for unintentional acrostics to slip into our work. Like the seamen in the crow’s nest of the Titanic—I just watched a new documentary on the subject last night—we can easily miss the veiled iceberg which threatens to sink our best effort.

Prone as we are to playing with the depths of individual words, we are normally sensitive to the fact more than 90% of a word’s value in a particular context may lie beneath the surface. That does not mean, however, that we always see the larger picture.

It is not uncommon for a writer to become almost paralyzed while composing something, when the ideal word continues to elude us. It is almost “literally” painful to have to settle for a substitute, when we suspect the perfect word is floating somewhere just beyond our reach.

Dodging mundane words is not easy. They are common, in part at least, because they are so simple and easy to plug into sentences. And so, we “go” to the store, when we might just as easily “drive,” “walk,” “ride,” or even “hitchhike.” A movie is described as “good,” when readers would value a vivid word, such as, “suspenseful,” “hilarious,” “complex,” “moving,” or even “groundbreaking.”

Reflections on the Psalms, one of C.S. Lewis’ gems, explores the beauty of the Bible’s hymnal. “The Psalms,” he notes, “are poems, and poems intended to be sung: not doctrinal treatises, nor even sermons.” Because of this, they have nourished the worship lives of Jew and Christian alike, for thousands of years.

Even without a theological education, Lewis offers great insight into the Psalms. “I am no Hebraist, no higher critic, no ancient historian, no archaeologist.” He candidly discusses passages he initially found difficult to embrace, as well as those which soar to spiritual and poetic heights. The following comes from his discussion of Psalm 119, which is skillfully composed around an alphabetic acrostic.

“As everyone knows, the Psalm specially devoted to the Law is 119, the longest in the whole collection. And everyone has probably noticed that from the literary or technical point of view, it is the most formal and elaborate of them all. The technique consists in taking a series of words which are all, for purposes of this poem, more or less synonyms (word, statutes, commandments, testimonies, etc.), and ringing the changes on them through each of its eight-verse sections—which themselves correspond to the letters of the alphabet. . . . this poem is not, and does not pretend to be, a sudden outpouring of the heart like, say, Psalm 18. It is a pattern, a thing done like embroidery, stitch by stitch, through long, quiet hours, for love of the subject and for the delight in leisurely, disciplined craftsmanship.”

“Done like embroidery, stitch by stitch.” Many writers, I suspect, will appreciate that description. While we are sometimes forced to throw something together in a rush, the patchwork results offend our sensitivities.

Even when writing rather pedestrian things like much of our email correspondence, most writers seek to employ lively verbiage. It’s a valuable exercise, after all, to consider the pace of all of our work, and not simply those words we hope to see “published.” And, having written something worth reading, there is one more consideration.

Reviewing what we have written is well worth the time required. And, as Editor David Mills suggested in First Things, our examination should include any unintentional acrostics we may have created. After all, no respectable writer would ever wish to, even accidentally, offend their readers.