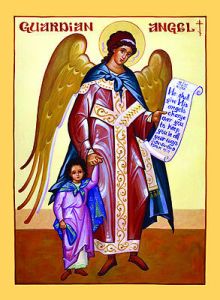 Oxymoron is a great word. Too bad so few people understand what it means.

In America, at least, nine times out of ten you will hear it misused. Most folks seem to think it means a “contradiction in terms.”

One common example is “military intelligence.” Perhaps I am sensitive to it, being a veteran, but I would enjoy never again hearing people guffaw at that term.

In actuality, the oxymoron is a much more sophisticated rhetorical device.

An oxymoron is the combination of two incongruous words or images to create a unique effect. Often it hints of irony. For example, “she was a poor little rich girl.”

Further examples suggest complex circumstances. “Cruel kindness” and “making haste slowly,” are quite intriguing. The context would provide greater illumination, but these phrases suggest a painful treatment given in love . . . and urgency, tempered by caution.

Another example, apropos for an age in which zombies have become so popular, is the phrase “living death.” Reanimated corpses aside, this oxymoron is extremely powerful.

It evokes the sense of a person’s life having become deathlike in some way. Perhaps it is physical, emotional, psychological or spiritual. In any case, drawing together life and death in this epigram is provocative.

In his most vulnerable work, A Grief Observed, C.S. Lewis describes humanity itself as an oxymoron. Most certainly, he uses the word appropriately.

Sometimes, Lord, one is tempted to say that if you wanted us to behave like the lilies of the field you might have given us an organization more like theirs. But that, I suppose, is just your grand experiment. Or no; not an experiment, for you have no need to find things out. Rather, your grand enterprise. To make an organism which is also a spirit; to make that terrible oxymoron, a ‘spiritual animal.’

Lewis’ point is well taken. That the Creator of the cosmos would make flesh bound human beings with a spiritual nature that allows him to describe as made in his own image, is incomprehensible.

Animals are animals. That is what modern secularists argue that we are. Yet it is evident to the vast majority of humans throughout all times and cultures, that we are unlike beasts. For we possess a spirit. And we are, accordingly, that unique thing among all beings—a spiritual animal.

So peculiar are we in the universe that even the angels themselves—spirits, never “animals”—are curious about the nature of our redemption. As Peter writes in his first epistle:

Concerning this salvation, the prophets who prophesied about the grace that was to be yours searched and inquired carefully, inquiring what person or time the Spirit of Christ in them was indicating when he predicted the sufferings of Christ and the subsequent glories.

It was revealed to them that they were serving not themselves but you, in the things that have now been announced to you through those who preached the good news to you by the Holy Spirit sent from heaven, things into which angels long to look.

From one oxymoron to another, I hope that this new year brings you many blessings. Most especially, I pray that if you have not already experienced this wondrous miracle which amazes even the angels of heaven . . . that you would come to know God’s love.