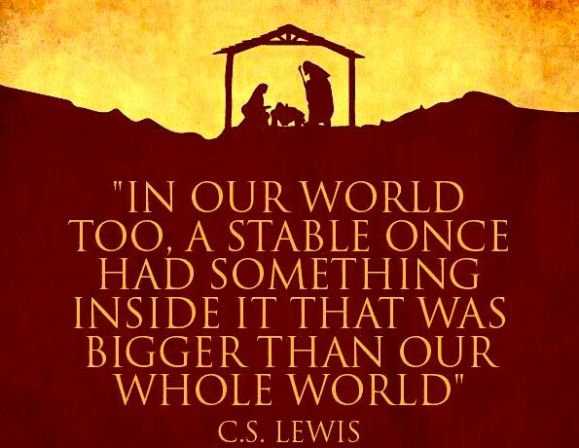 Wouldn’t it be great if they found another work written by C.S. Lewis? Well, great news . . . every once in a while they do!

No, it isn’t a novel, or another adventure in Narnia. But it’s the next best thing for this holy season. A scholar recently recovered two essays written by Lewis in the 1940s, and one of them is about Christmas.

In the current issue of Christianity Today, Stephanie Derrick describes her discovery of the articles at the National Library of Scotland in Edinburgh. The articles appeared in The Strand, through which Arthur Conan Doyle’s “Adventures of Sherlock Holmes” became famous.

A favorite among the British upper classes, The Strand was widely read and earned a devoted following at home and abroad. Its high standing kept the magazine afloat during the Second World War when many others were forced to cease printing due to paper shortages.

Both of Lewis’ contributions appeared shortly after the war. One is written about the game cricket, for which Lewis used his pseudonym Clive Hamilton.

The other piece is the one of far greater interest to Christians. Most students of Lewis are familiar with his critique of the secular celebration of “Exmas.” I have also written here at Mere Inkling about other Lewis ties to the Nativity of Christ. “Echoes of Christmas” and “Christmas Interruptions” appeared the past two years.

In the recently recovered “A Christmas Sermon for Pagans,” Lewis explains how paganism is inappropriately used to describe post-Christian Europe. He powerfully illustrates how the latter is more impoverished than the former. Blurring the two, he says, is “like thinking … a street where the houses have been knocked down is the same as a field where no house has yet been built.”

Lewis proceeds, of course, to offer the hope of the world, Emmanuel, whose incarnation we celebrate on Christmas.

Brent Dickieson offers his own worthwhile insights into the recent discovery in his current post. It is well worth reading, and includes the cover of the issue of The Strand that included Lewis’ Christmas sermon.