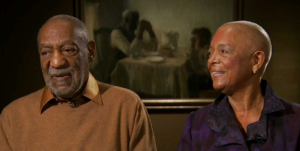 In light of recent revelations, my daughter urged me to delete my recent post about Bill Cosby.

As the extensive evidence of a sordid past have been coming to light, albeit accusations rather than substantiated facts, the propriety of that original post falls into question.

For the time being, I am disposed to leaving it up. For several reasons. I could say one is the notion of “innocent until proven guilty,” but that’s not true. Despite statutes of limitations, the accumulating evidence, quite sadly, appears indisputable.

On the subject of innocence, I admit to confused sentiments. As a Christian, who accepts the historic doctrine of “original sin,” I confess at every worship service that I too am a hopeless sinner, in dire need of God’s grace and mercy. What’s more, as a Christian who believes we cannot earn forgiveness, I point not to my own ragged good works, but rely wholly on the grace—the undeserved love—of God.

C.S. Lewis recognized that mercy is the only solution for our guilt. In “The Humanitarian Theory of Punishment,” he wrote these words:

The essential act of mercy was to pardon; and pardon in its very essence involves the recognition of guilt and ill-desert in the recipient. If crime is only a disease which needs cure, not sin which deserves punishment, it cannot be pardoned.

I am quite conscious of my own deep need for pardon. Thus, I am ever wary of condemning those whose heart I cannot know.

The second reason for my reticence in removing this post, is that much of it remains true. The Bill Cosby who offered our family genuine laughter and wholesome entertainment, was apparently not identical with the real man.

But then I pause to wonder how many celebrities are truly consistent with their public persona? And, in light of the fact that we all have our failures and sometimes grievous sins, why should we expect them to be transparent and vulnerable to greater emotional violence than they all already receive?

My comments below were written with the understanding I possessed two short months ago. They were heartfelt at that time, and they illustrate in a clear way how perception is not always reality. Perhaps they can serve as a sort of a caution to others who are prone to investing too much trust in people they do not genuinely know.

Another reason I am inclined to leave the post up for the time being, is that there may be a value in preserving the quality of the artist’s work, even when we have been disappointed by the artist himself.

As an example of this, during a sketch on the last episode of Saturday Night Live, Michael Che criticized the actor’s vile behavior, but ended his scripted “newscast” with a thought that I believe represents the view of many.

“I don’t know how to feel about [networks cancelling The Cosby Show] because I don’t know Bill Cosby, but Cliff Huxtable practically raised me. I love that dude, and the only thing he ever tried to sneak while people were asleep is a hoagie. So while I may never forgive Bill Cosby, hopefully someday I can forgive Dr. Huxtable.”

It’s that Bill Cosby, the idealized, honorable, ever-witty, and doting father, that I remind my wife of. And I remain flattered by that.

Sin is powerful. It’s effects cascade from life to life. But sin and evil do not have the final word. That is left to the Word incarnate, who has redeemed this fallen world. The Lord who heals our wounds and offers the glorious promise that one day . . .

He will wipe away every tear from their eyes, and death shall be no more, neither shall there be mourning, nor crying, nor pain anymore, for the former things have passed away. (Revelation 21.4).