Give Yourself a Holiday Gift 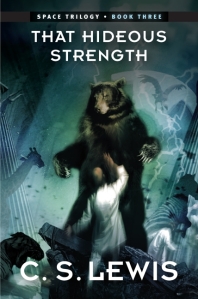 Christmas is the season of giving, and as a grandfather I can truly say it’s more wonderful to give than to receive. Those little smiles and squeals of joy are precious indeed.

Sadly, many children (and adults) will be forgotten this season. Worthwhile programs to reach out to the overlooked are sponsored by countless churches and communities. One of the most highly regarded, Angel Tree, provides gifts to the children of men and women who are incarcerated. These innocent children are already suffering due to the poor choices of adults; God alone knows how special the most modest Christmas gift might be to these little ones.

That is one end of the spectrum—those who have little. Equally sadly, many children (and adults) will overindulge this season. They will bury themselves under piles of soon-to-be-forgotten presents. Most will also bury themselves further under mounds of debt.

C.S. Lewis colorfully captured this quandary in “Xmas and Christmas.”

And they buy as gifts for one another such things as no man ever bought for himself. For the sellers, understanding the custom, put forth all kinds of trumpery, and whatever, being useless and ridiculous, they have been unable to sell throughout the year they now sell as an Exmas gift. And though the Niatirbians [British] profess themselves to lack sufficient necessary things, such as metal, leather, wood and paper, yet an incredible quantity of these things is wasted every year, being made into the gifts.

Striving for balance in gift exchanging is important. For years now my father has said it’s unnecessary to give him Christmas or birthday gifts. It’s true. He’s able to purchase whatever he wants, and even the most thoughtful gifts are either redundant or undesired. He’s grateful, of course, but only out of courtesy. Last month, for his birthday, I took him up on his words. Instead of spending money on a gift, we made a special donation to the Gideons in his honor. He was delighted. I’ve known others who made the same request, that gifts intended for them be diverted to the benefit of others. It’s a grand custom.

After the homily on selflessness above, it may sound strange to hear that there is a Christmas gift I would like to suggest you consider giving to yourself. Actually, I’d advise a friend or loved one to purchase it for you, but since you probably haven’t encouraged them to subscribe to Mere Inkling (yet), I must satisfy myself with advising you to check out this special offer.

During the holiday season, HarperOne is running a special on C.S. Lewis’ Cosmic Trilogy (often referred to as the Space Trilogy). You can get them in various digital editions for only $1.99 each. Quite a bargain. And it leaves you plenty of resources to practice the truth that it’s better to give than receive.

Out of the Silent Planet, the first of these science fiction works, was the first Lewis book I read. A friend in a college fellowship group suggested it, and it introduced me to one of the greatest mentors a person could ever have! The books are available through this link: Cosmic Trilogy.

Oh, and if the Cosmic Trilogy is already in your library, or not your cup of tea, they are also discounting an illustrated edition of The Screwtape Letters.

The Trilogy is suitable for Christian and secular readers alike. It’s not overtly “religious.” In fact, in his C.S. Lewis: Companion and Guide, Walter Hooper says many of the intial reviewers of the title were rather confused about its intended meaning. (This despite offering positive reviews.) One person who did comprehend its significance was an Anglican theologian named Eric Mascall. In a 1939 issue of Theology he wrote:

This is an altogether satisfactory story, in which fiction and theology are so skillfully blended that the non-Christian will not realize that he is being instructed until it is too late. It is excellent propaganda and first-rate entertainment.

I’m certain he meant “propaganda” in the most positive, pre-war sense. Actually, one does not need to be a follower of Jesus of Nazareth to appreciate the series. If you’ve never read it before—and you don’t have a 100% aversion to the science fiction genre—the two dollar price means you’ll rarely have a better opportunity.

10 responses to Give Yourself a Holiday Gift