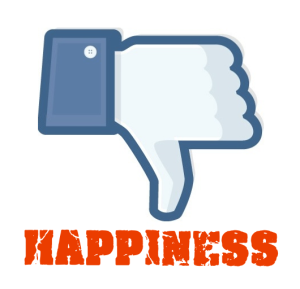 It turns out networking on the dominant digital community, Facebook, may have a gloomy downside. A recent study of young adults found that the more time they spent on Facebook, the sadder they became. (A link to the peer-reviewed study appears below.)

The researchers ominously warn, “On the surface, Facebook provides an invaluable resource for fulfilling the basic human need for social connection. Rather than enhancing well-being, however, these findings suggest that Facebook may undermine it.”

Most readers of Mere Inkling possess social networking accounts. In light of that fact, we will have a gut reaction to this allegation, invariably based upon our own experience.

Some will assume, I don’t get depressed reading posts on Facebook, so that study must be wrong.

Others may think, I can see how everyone’s reports on their achievements could discourage a friend whose life isn’t progressing nearly as well. In fact, some of us may have read about the accomplishments of our peers and felt a nagging pang that we don’t quite measure up.

To be fair, the problem doesn’t lie with Facebook per se, it’s a consequence of the human condition. No matter how self-confident a person appears, there is a seed of insecurity within each of us. Christians would trace it back to humanity’s fall, but whatever its source, we innately recognize that we are not the true masters of our own destiny.

Even if we make every choice afforded us correctly, there are accidents, diseases, whims of genetic imperfection and assorted other things that remind us of our vulnerabilities.

It is not actually our insecurity that creates the dynamic where Facebook can become a great discourager. The cause is more insidious than a mere awareness of our own dependency.

The reason we are saddened by the success and happiness of others—even those we love—is due to envy. That’s an ugly word, and it’s not something we want to foster in our lives. In fact, whenever it rears its head, we strive to crush it with our heel.

The truth is that most of us subconsciously experience this feeling far more often than we are aware. It could, for example, be as simple as longing for a sporty new car or muscular new truck like the one that just passed us on the road . . . or wishing that our makeup accented our features or our clothes flattered our bodies as nicely as someone we passed on the sidewalk.

Envy can be especially evident at events like high school class reunions. As the decades pass, it becomes simpler to contrast the (external) accomplishments of classmates who once shared seemingly equal opportunities.

You can find envy everywhere, even (God forbid) in churches. That’s why James included the following in his letter to the Church.

My brothers, show no partiality as you hold the faith in our Lord Jesus Christ, the Lord of glory. For if a man wearing a gold ring and fine clothing comes into your assembly, and a poor man in shabby clothing also comes in, and if you pay attention to the one who wears the fine clothing and say, “You sit here in a good place,” while you say to the poor man, “You stand over there,” or, “Sit down at my feet,” have you not then made distinctions among yourselves and become judges with evil thoughts?

Listen, my beloved brothers, has not God chosen those who are poor in the world to be rich in faith and heirs of the kingdom, which he has promised to those who love him? But you have dishonored the poor man. (James 2:1-7, ESV).

In an essay entitled “Democratic Education,” C.S. Lewis noted, “Envy is insatiable. The more you concede to it the more it will demand.” Lewis also included it in his description of the damned.

We must picture Hell as a state where everyone is perpetually concerned about his own dignity and advancement, where everyone has a grievance, and where everyone lives the deadly serious passions of envy, self-importance, and resentment. (The Screwtape Letters).

Facebook doesn’t cause us to envy, it merely offers us the frequent opportunity to hear about the joys of others and wish we experienced the same. (Far be it from us to ponder the fact that our acquaintances seldom write about their own disappointments, insecurities, or worries.)

There’s really only one way to reduce the influence of envy in our lives. It comes from understanding how truly precious—how intensely loved—we are, by our Creator. When we understand that he loved each of us so deeply that he was willing to allow his only begotten Son to die in our place . . . only then can we comprehend that we need envy nothing.

Confident in that merciful love, the murderer Paul of Tarsus was able to rest in God’s forgiveness and write:

I have learned in whatever situation I am to be content. I know how to be brought low, and I know how to abound. In any and every circumstance, I have learned the secret of facing plenty and hunger, abundance and need. I can do all things through him who strengthens me. (Philippians 4:11b-13).

The study, “Facebook Use Predicts Declines in Subjective Well-Being in Young Adults,” is available through the Public Library of Science here.

I had to make a whirlwind trip to San Diego this weekend. Yes, I know . . . San Diego in January—I don’t expect any sympathy.

I don’t expect any empathy related to my destination, but I do know others who share my concern about the “full-body scanners” used at many terminals, such as my own SeaTac Airport.

Naturally, as an older retired military officer, I’m always a prime candidate for being directed to pass through the scanner. And that’s the part that I don’t mind. I want the Transportation Security Administration to be thorough. I enjoy the prospect of landing safely at the end of an uneventful flight. And, because of my desire to be protected from terrorists, I don’t mind having to submit to an additional search.

What I am concerned about is my health. I’m not greatly comforted by claims that these “extremely high frequency radio waves” emitted by millimeter wave scanners are not harmful. And the sister technology, “backscatter x-ray” doesn’t sound any healthier. I’m no scientist, but I recall having heard that many types of radiation are cumulative, and when you add traveling to medical and dental x-rays, cell phones, law enforcement radar guns, and the radon that permeated the military housing my wife and I shared for two years in Illinois . . . well, I am slightly concerned.

Health matters aside, the concern which elicits most criticism relates to the scanners as a violation of “privacy.” Truth is, the images they produce leave little to the imagination. However, there’s no possible way for that “faceless” person to actually be associated with you. Regulations, in fact, do not allow for the images to be preserved at all. So, while inspectors in a shielded room may make some passing ribald remark about the “naked” image on their screen, they have no idea what the person’s face even looks like. Thus, I’m not bothered at all by the so-called privacy concern.

Not that privacy is unimportant. It is crucial to life in a free society. We experience precious little privacy in our lives. C.S. Lewis talked about how our lives are enmeshed in a world of crowds and clamor. The following comes from The Four Loves.

Our imitation of God in this life—that is, our willed imitation as distinct from any of the likenesses which He has impressed upon our natures or states—must be an imitation of God incarnate: our model is the Jesus, not only of Calvary, but of the workshop, the roads, the crowds, the clamorous demands and surly oppositions, the lack of all peace and privacy, the interruptions. For this, so strangely unlike anything we can attribute to the Divine life in itself, is apparently not only like, but is, the Divine life operating under human conditions.

Loneliness feels terrible. Human beings were created to be in relationships. First with our Father in heaven. And then with our family, friends and neighbors. There is nothing quite so comforting as having someone who knows our imperfections and shortcomings and still loves us. God loves us that way. And, if we are fortunate, we find others willing to overlook our failings and still love us. We can’t find that kind of deep affection in shallow channels like the internet. When we cast wide the net in social media, so to speak, if we are fortunate we’ll catch a rare treasure in the form of a genuine relationship that enriches our life.

Back to the Status of the Invasive Scanners

Apparently, the complaints of those who feel violated by scanners producing a naked image of the travelers passing through them, have been heard. Apparently the TSA intends to replace them with “less invasive” models. In fact, the generic images the new machines produce have been likened to stick figures or cartoons. Presumably they’ll still be able to detect the foreign objects secreted in or on a criminal’s body.

In the meantime, we don’t have to worry about having our naked likeness published on the internet. Instead we’ll all look like cartoons or, perhaps, famous personages. That’s what inspired me to use the Alfred Hitchcock image above. I can visualize my next visit to the airport and almost overhear the hidden inspectors saying, “nothing to ogle here, just another Hitchcock passing through the scanner.”