Reading Into an Author’s Work 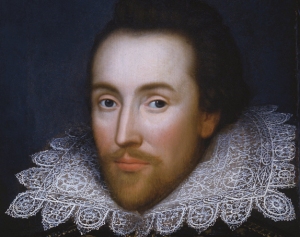 Sometimes authors are not quite so brilliant as we think them to be.

It is possible to read into someone’s work ideas, and even profundity, that was not present when they were originally composed.

That’s an odd thought, I will admit. But the truth is that each of us as readers carry with us our own knowledge and personalities.

Imposing those upon a text is a subconscious reality, and it may even be unavoidable. Minimizing our presuppositions is one of the key elements of honest literary criticism.

This is one of the reasons that it is insanity to impose contemporary “political correctness” on writers who lived before such constraints were imposed. Intelligent people recognize that we must read Twain as an iconoclastic nineteenth century author, and Bunyan as a Baptist preacher of the seventeenth.

I just read a letter in which C.S. Lewis describes how this works. He wrote to a Roman Catholic correspondent, a priest, on Christmas Day 1959. In the letter he responds to his friend’s reference to something he had not consciously included in a particular book.

It is a fascinating letter, and even though it is the final portion that pertains to the subject I’ve been discussing, I will share it in whole.

I hope my last letter to you did not sound chilling: still less (heaven help us!) as if I were offended by criticism. I think the chief reason why I am less disposed than you for large-scale discussion by letter is the difference of our ages. In youth we conduct (at least I did) long and deep disputations through the post. It is indeed a most valuable part of our education. We put into it quite as much thought and labour as would go to writing a book. But later, when one has become a writer of books, it is hard to keep it up. One can’t fill one’s leisure with the v. same activity which is one’s main work. And in my case not only the mind but the hand needs rest. Penmanship is increasingly laborious, and the results (as you see) increasingly illegible!

If you sometimes read into my books what I did not know I had put there, neither of us need be surprised, for greater readers have doubtless done the same to far greater authors. Shakespeare would, I suspect, read with astonishment what Goethe, Coleridge, Bradley and Wilson Knight have found in him! Perhaps a book ought to have more meanings than the writer intends? But then the writer will not necessarily be the best person with whom to discuss them.

You are in my daily prayers. Will you pray much for me at present? The cancer from which my wife was (as I believe, miraculously) delivered 2½ years ago, when death in a few weeks was predicted, is returning. Can one without presumption ever ask for a second miracle? The prophet turned back the shadow for Hezekiah once: not twice. Lazarus, raised from the dead, presently died again.

P.S. I never thought of it before, but how Lazarus was sacrificed. To have it all to do over again–bis Stygios innare lacus!

Father Peter Milward, SJ, taught English Literature at Sophia University in Tokyo. He has extensively published on his major subject, and A Challenge to C.S. Lewis (1995), which I just now ordered for my library. A curious title, however, for a student and “fan” of Lewis.

As a Shakespeare scholar, he has persuasively argued that the bard was Roman Catholic. “When the archbishop of Canterbury recently broke his church’s long silence and acknowledged that William Shakespeare was probably a Catholic, it was a moment of quiet satisfaction for Father Peter Milward, the author who began researching this subject a half century ago.” Read the article here.