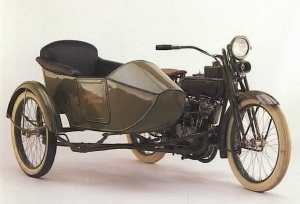 I witnessed the ending of a life last night. It wasn’t stolen by disease. Nor did it gently surrender to the passage of many decades.

A healthy man, in the prime of his life, died tragically in a traffic accident. The vehicles involved did not appear to have been traveling particularly fast . . . but one was a truck, and the other a motorcycle.

I have many friends who absolutely love their bikes. That includes the fine deputy who I was riding with last night as we responded to the crash. My friends are all smart enough to wear helmets, just as the victim in this case was doing.

I have never personally longed to experience the freedom of riding a motorcycle on the open road. That doesn’t mean I think less of those who do. On the contrary, many of the people whose company I most enjoy consider riding bikes a blast.

I only hope that my grandchildren don’t.

I have no desire to rob my grandkids of any of the joy that life can offer—I’m just cautious and protective by nature.

Several of my friends have been in serous motorcycle accidents. Fortunately, all survived. And they have one more thing in common—none of the incidents was their fault.

As I looked at the bike, crushed beneath the front of the truck, I said a prayer for the rider whose family will never see him again. And as I gazed toward the driver of the truck, I prayed for him too, knowing that his own life would never be the same.

Like money, which is not the root of all evil (the love of money is) . . . so too, it is not motorcycles themselves that are intrinsically dangerous. They just happen to leave their riders so terribly vulnerable when the drivers of more massive vehicles fail to see them.

C.S. Lewis rode in motorcycles. I say “in,” because he was accustomed to riding in the sidecar of his brother Warnie’s cycle. The familiar account of his final conversion from theism to Christianity involves one such ride, to the Whipsnade Zoo. As Lewis wrote, “When we set out I did not believe that Jesus is the Son of God, and when we reached the zoo I did.”

The following diary entries from April 1924 relate to enjoying rides while on holiday. The shorthand “W” stands for his brother, Warnie. The “D” for Mrs. Jane King Moore, the mother of a close friend who died in WWI. The passage illustrates how at home Lewis was when traversing the countryside with his brother.

In the afternoon W generally read: I often went out to get something, or else read and wrote. After tea all three of us went for a most excellent ride in divine weather. We rode through Yatton and Wrington into the Mendips, passing within sight of D’s well beloved Winscombe—a steeple on a hillside seen for a moment in the heart of a beautiful long ridged wooded crooked country. After that we ran through a small gorge out on to the barer southern slope of the Mendips and down into the narrow little streets and beetling houses of Axbridge—glory! what a town and how placed!

Thence on to Cheddar by a road that skirts the hills. Here I saw many fields and trees quite white with blossom and daisies. At Cheddar we caught sight of the gorge up to our left quite unexpectedly: and then while I was still in a confused impression—the speed of a motor cycle is sometimes a great aesthetic advantage—W suddenly turned and ran up it. I lay back in the side car and watched the huge coloured cliffs pushing up further round us and closer till it seemed like going into a tunnel. I was quite unprepared for anything of the sort. It was a great moment.

We turned on our tracks and went on to Wells. Just before reaching it we turned off left at a signpost “To Wookey Hole” to find some quiet pub where we cd. eat our lunch. The lane wound on so long that we began to fear that Wookey Hole was a natural feature, a devil’s punch bowl or the like, and not a village. A village however it turned out to be, with a pub where we sat on a curiously comfortless bench and ate our sandwiches and drank cider.

We then went back and into Wells where W was charged 6d. for leaving the bike in Wells Square by the town authorities, who however “took no responsibility of any sort” for it. W was delighted with the outside of the Cathedral but less pleased with the interior. I think I agreed with him. I also agreed with his view that King’s Chapel, Cambridge, is the perfect building. We then strolled all round the Palace talking of all things that arose therefrom—Barchester, abbots, mediaeval siege tactics. Our ease and freedom and pleasant chat made this visit to Wells far better than my first when I came here on the motor tour with my father and the Hamiltons. In many ways W is the ideal person to go for a jaunt with . . .

On Saturday 26th we all came back to Oxford. It had been arranged that I shd. travel in the sidecar. It was obvious that one of us shd. do so to save fares and D, of course, refused to be that one. I therefore trained with her to Yatton and saw her into a through train to Bristol with the luggage, and W, Pat and I got aboard the bike. As we were making all snug outside Yatton station, a hamper, wh. had just been taken out of the train, was suddenly opened just beside us to release a cloud of pigeons that filled the air with an amazing noise before we knew what was forward. It was a curious experience for I had not suspected the hamper of containing anything live.

It was raining when we started but soon cleared up. We got into the main road shortly before Wrington and entered Bristol by Bedminster… From Faringdon we came along at a very good speed thro’ Bickland, Kingston Bagpuize, Fyfield, Bessels, Leigh, Cumnor and Botley to Oxford. It is a tame, well combed, cheerful country of tidy well growing woods, white gates, dark tarred roads, comfortable cottages, sometimes exceedingly beautiful, green hedges and flat blue distances. The speed, the sunlight, and the sense of coming home put me into an unusually prolonged fit of “joy.”

As Lewis says, “the speed [and] the sunlight” of a motorcycle trip can surely be exhilarating. Likewise, “the speed of a motor cycle is sometimes a great aesthetic advantage.” Clearly, C.S. Lewis enjoyed motorcycles greatly.

But I still hope my grandchildren are not seduced by motorcycles’ allures.