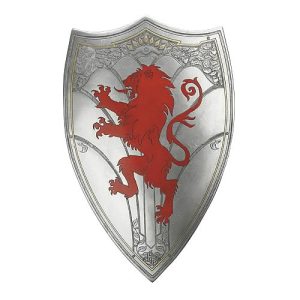 None of us like to be considered “common.” No surprise; it’s not a complimentary adjective. We prefer to think of ourselves as exceptional . . . and, if not extraordinary, at least special.

In our democracies, with the possible exception of monarchies where the terminology may still exist, we’re no longer referred to a “commoners.” In fact, in the United States we can even design our own coats of arms!

If you want to add a “title” to your legal name, you can follow the example of some Americans who actually name their sons “Sir.” (Believe it or not, in 2012 it was the 998th most popular male name in California. Then there’s also “Prince Michael ‘Blanket’ Jackson II,” but let’s not go there.)

Owning a noble name is no prerequisite to possessing value. A well known quotation from C.S. Lewis dispels the misassumption that any human being is common or lacking in value. Every person is precious. Every person. And, no matter how tiny you ever feel on your most dejected day, you are special . . . precious . . . and (literally) unique!

There are no ordinary people. You have never met a mere mortal. Nations, cultures, arts, civilisations—these are mortal, and their life is to ours as the life of a gnat. But it is immortals whom we joke with, work with, marry, snub, and exploit—immortal horrors or everlasting splendours.
(The Weight of Glory).

As I was considering this subject I came across a less familiar, but equally true, comment from Lewis. He was writing during an age when class distinctions in Europe were still implicit. He turned the matter on its head in a wartime essay entitled “Private Bates.” Here Lewis says that the very things the “elite” esteem reveal just how slavishly they follow appearances.

We must get rid of our arrogant assumption that it is the masses who can be led by the nose. As far as I can make out, the shoe is on the other foot. The only people who are really the dupes of their favourite newspapers are the intelligentsia. It is they who read leading articles: the poor read the sporting news, which is mostly true.

There’s much truth, I think, to Lewis’ observation. Or, perhaps that is merely my blue-collar upbringing speaking.

Let’s close our thoughts on “common folk” with a rarely read piece of poetry from Lewis’ Spirits in Bondage. (This was a pre-conversion collection, and is the only work of C.S. Lewis that is currently in the public domain.)

Thank God that there are solid folk . . .

Who feel the things that all men feel

And think in well-worn grooves of thought

Yet not unfaithful nor unkind

Theirs is the sane and humble mind

O happy people! I have seen

No verse yet written in your praise

And, truth to tell, the time has been

I would have scorned your easy ways.

But now thro’ weariness and strife

I learn your worthiness indeed

The world is better for such life

“In Praise of Solid People”