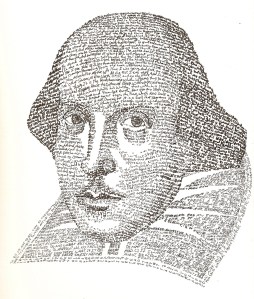 I must confess that I like words. In fact, it’s not excessive to say that I delight in brilliantly witty “turns of phrase” and elegantly painted landscapes that allow me to clearly see what the author is painting with his or her words.

I’ve grown convinced that loving words is a handicap to becoming an excellent writer. Yes, scribblers like me can become adequate or even appreciated writers . . . but to stand in the highest ranks a writer must be willing to ruthlessly slash and slay excess words that impede their perfect vision.

Self-editing is a discipline. It’s something that can be learned and refined through practice. That it forever remains a bit painful for some of us is clear evidence we are overly attached to the words we have put to paper.

C.S. Lewis addressed this general subject in a 1932 letter to his good friend Arthur Greeves. While he was not a slave to the number of words required, he aimed for simplicity and clarity. Lewis wrote:

I think I see, from your criticisms, that you like a much more correct, classical, and elaborate manner than I. I aim chiefly at being idiomatic and racy, basing myself on Malory, Bunyan, and Morris, tho’ without archaisms: and would usually prefer to use ten words, provided they are honest native words and idiomatically ordered, than one “literary word.” To put the thing in a nutshell you want “The man of whom I told you,” and I want “The man I told you of.”

I smiled as I typed Lewis’ remark about “ten words.” He used that to illustrate his willingness to use excessive verbiage to communicate clearly. Brevity was, however, an admirable goal. And brevity is a virtue I’ve seldom been accused of possessing.

In the military, comrades and associates are frequently presenting plaques and remembrances to those who are “rotating” to new assignments. Having served in a dozen different “permanent” assignments, I have boxes full of such memorabilia.

Two of the few I display are genuinely precious. The first is an icon of Saint Athanasius, presented to me by the best “boss” I ever had, an Orthodox priest by the name of John Stefero. The reasons for the personal gift were theological and I accepted it with genuine appreciation and humility.

The second prized gift is a gracefully curved etched glass keepsake featuring the seal of the United States Air Force Chaplain School where I served for three wonderful years. The commandant was speechless as he presented the plaque to me, reading for the first time the inscription that my closest companions had composed for me.

He says in a book what others say in a sentence.

The commandant (later our Chief of Chaplains) was stunned. I was delighted. I led the gathering’s laughter and bellowed, “Yes, and it’s a book well worth reading!”

Jack Lewis may have chided me a bit for the underlying reason for the accolade, but I am confident he would have delighted in the affectionate friendship and esprit de corps with which it was presented.

So much for my shortcomings. For all other writers (including, perhaps, you?) . . . I would recommend following the master’s example, rather than my own.