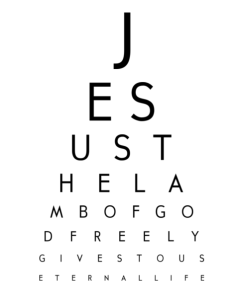 The world’s oldest man just died—and I’m not looking forward to ever becoming one of his successors. I mean, I understand the sentiments of non-Christians who quip that any day on this side of the grass is a good one, but I would only be interested in staying around here that long if I still had a keen mind and good health.

I’m not sure most of the people who eventually earn those titles have either. This gentleman was 111, and in the picture of him receiving his Guinness certificate, he actually looks like he had already expired. I mean, no offense, just a statement of simple fact.

As for his state of mind, I’m a bit more optimistic. Apparently when asked a while ago how he had lived so long, he responded, “because I haven’t died yet.” Assuming that was tongue in cheek (I recognize that is merely an assumption), he had retained his sense of humor. A good sign.

I don’t think ultra-long longevity is all it’s cracked up to be. I remember my 92 year old grandmother (my only relative who lived to be “elderly”) telling me that she was ready to go to heaven. She was in a nursing home, but not in pain, and still witty.

She said, “Robbie, I’ll miss you and everyone who is still here, but if you live long enough, more of the people you love are already in heaven than remaining here.” She had been widowed for three decades. And, unbeknownst to us at the time, three of her four children would follow her within three years of her own passing.

I am not eager to die, of course. And, unlike Polycarp, the bishop of second-century Smyrna, I’m certainly not zealous about the possibility of someday being martyred.

Still, God-willing, when I’ve come to the end of my appointed days I will make that transition peacefully, as is appropriate for a child of God who has been blessed with a full life.

When death is seen as a dark end—a soundless void—it’s understandable that many would resist it to the “bitter” end. That theme has been common in literature and cinema.

In a comic light, a character on Parks and Recreation exhibits the desire to live as long as humanly possible. He exercises without pause and takes every vitamin that exists in horse-pill doses. Soon after Chris Traeger was introduced to the show, he shared his view of life:

I take care of my body above all else. Diet, exercise, supplements, positive thinking. Scientists believe that the first human being who will live 150 years has already been born. I believe I am that human being.

Humorous. And, a respectable goal perhaps, if not driven by deep fear.

I don’t share Traeger’s goal of being the first human to reach 150. Nor, as we considered at the outset of our discussion, do I long to gain the title of World’s Oldest Man.

And I take comfort that I find myself, once again, in the comfortable camp of C.S. Lewis. In his essay “Is Progress Possible?” Lewis wrote:

Progress means movement in a desired direction, and we do not all desire the same things for our species. In “Possible Worlds” Professor Haldane pictured a future in which Man, foreseeing that Earth would soon be uninhabitable, adapted himself for migration to Venus by drastically modifying his physiology and abandoning justice, pity and happiness.

The desire here is for mere survival. Now I care far more how humanity lives than how long. Progress, for me, means increasing goodness and happiness of individual lives. For the species, as for each man, mere longevity seems to me a contemptible ideal.

More important, we believe, is the quality than the quantity, of our lives.